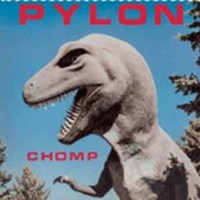 Pylon were a post-punk/art rock band from Athens, Georgia who, in their brief four year career in the late 70s and early 80s, created a body of work that influenced the likes of R.E.M., Gang Of Four and Sonic Youth. 'Chomp' was Pylon's second album, originally released in 1983, and is regarded as an essential record in certain quarters.