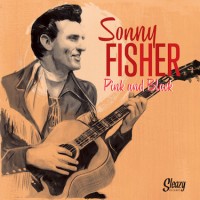 Therman 'Sonn'- Fisher was a rock 'n roll musician, inspired by the likes of Hank Williams. Sonny's first band started to play country music in the Houston region. Sonny's musical direction was cemented when he saw Elvis perform in Houston in November 1954. Then he formed the Rocking Boys, but after recording some 7@ releases, Sonny got disillusioned and decided to found a record label and publishing company, which were not a success. Eventually he left the music business in 1965 but when Ace Records was formed in 1979, the label released Sonny's Starday sides as an inaugural 10". Sonny-s music had a short-lived revival, before Sonny went into anonymity and he eventually passed away in 2005.