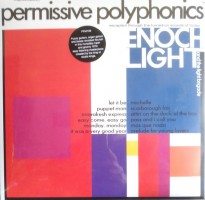 As if the title doesn-t give it away, Permissive Polyphonics finds the king of studio kings attempting to make it in the groovy, quadraphonic age. Featuring the gassy 'Puppet Man', a futuristic rendition of Sergio Mendes 'Mas Que Nada' - with bass flute courtesy of veteran Don Ashworth - and 'Pass and I Call You' with Dick Hyman stunny organ and Vinnie Bell fuzzy guitar, this album is an extraordinary example of easy listening at the turn of the revolutionary flower power era. Originally released in 1970 on Project 3 Total Sound.