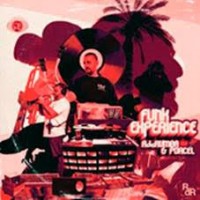 RdeRumba is a noted Spanish producer and DJ, well-known for his works with Violadores del Verso and Kase.O.Sooner or later it had to happen. After writing the best pages in hip hop history in Spain with Violadores del Verso and proving his merits as versatile producer on the side of the best MCs of the country in his album as a producer, the time has come to move into the secrets of the greats of the sector, and doing it surrounded by good friends as Carlos Porcel, multi-instrumentalist along with whom they are presenting "Funk Experience", a project his participants define as a tribute to African-American music. TRACKLISTSIDE A: Gordo FunkSIDE B: Fat Clap

Highlight Sequence
Be My Man/you Are