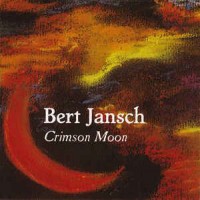 Originally released in 2000, 'Crimson Moon' was one of the most acclaimed latter-day works from Scottish folk legend Bert Jansch. Featuring contributions from guest musicians like Johnny Marr and Bernard Butler, their soft electric licks adding steel to Jansch's trademark finger-picking, the album now gets a 20th anniversary re-issue on vinyl courtesy of Fire Records.