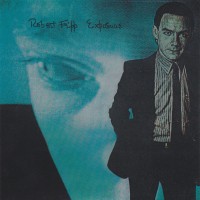 'Exposure' is the debut solo album by guitarist and composer Robert Fripp. Unique among Fripp solo projects for its focus on the pop song format, it grew out of his previous collaborations with David Bowie, Peter Gabriel, and Daryl Hall, and the latter two singers appear on the album. Released in 1979, it peaked at No. 79 on the Billboard Album Chart. Most of the lyrics were provided by the poet and lyricist Joanna Walton, who was later killed on Pan Am Flight 103.