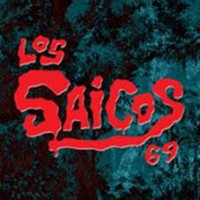 Repress! Back in 1969 the original members of Los Saicos, Erwin Flores and César "Papi" Castrillón, revived the iconic Peruvian band -protopunk pioneers- with the addition of new musicians and a renovated repertoire.After signing with the local label DINSA, a new single including the songs 'El Mercenario' and 'Un Poquito de Pena' was released that same year, although the company finally chose to use the name of the band's singer, Erwin A. Flores, instead of Los Saicos.This reissue brings back to life this lost single of Los Saicos discography for the first time, just as it was originally released in 1969.TRACKLISTSide A1. El MercenarioSide B1. Un Poquito de Pena

Spaced
Flying Thru The Sky/ Ain't That The Way It ..