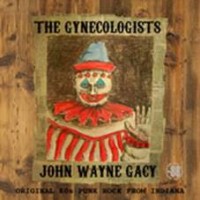 Howlin' from Bloomington, Indiana, The Gynecologists were probably one of the most outrageous and repellent punk bands ever.Inspired by the everlasting violence of American society, their songs evoke a chilling maelstrom of depravation and amorality, while their obsession with sex and feces makes GG Allin look like a priest. The material on this anthology has never been released before on vinyl, while confirming a challenging musical creativity and the powerful vocals of frontman Tommy Afterbirth (a shouter as virile as Gibby Haynes or Lee Ving), it reveals unexpected links with American classic rock (take a listen to their cover of Grand Funk Railroad's "We're An American Band").

Dahl, Jeff & Demons
On The Streets And In Our Hearts

Scenics
In The Summer