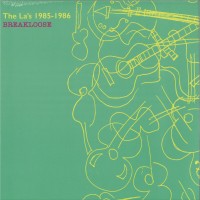 The story of The La's is one of mercurial talent and missed opportunities, yet the mythology around the group's very small recorded output has always been strong. '1985-1986 - Breakloose' was the first of the Lost La's compilations, released in 1999 and charts their earliest work with producer Mike Badger. It's now given a reissue on vinyl, with new cover art and sleeve notes.