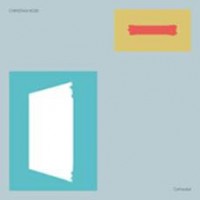 "Cathedral" is a radical experience of listening and investigating the possibilities of the saxophone.Christian Kobi is one of the leading names on the improv scene in Bern, Switzerland. His work includes collaborations with Phill Niblock, Jürg Frey, Taku Sugimoto, and Keith Rowe. His new album, "Cathedral", closes a trilogy for saxophone solo that started with "Canto" (2010) and "r a w l i n e s" (2013), and which was recorded in the former Swisscom high-bay warehouse - probably the largest underground space in Bern.That space serves Christian as a place of exploration of sound, silence and action in space. "Cathedral" is an extensive piece that is built from the articulation of discrete blocks of sounds that allow us to enter a new listening universe proposed by Kobi, as they seek to amplify a range of microtextures, feedbacks, mysterious extended techniques, whispers and passages where sound is a pure, dramatic, and vague exhalation in an empty space.Kobi uncovers a wide range of sounds, which he extracts from the instrument in a singular sonic monologue, making "Cathedral" a radical experience of listening and investigating the possibilities of the saxophone. "Cathedral" is released through Buh Records in a limited vinyl edition of 300 copies. Christian Kobi was also part of the compilation "Interactions: A Guide to Swiss Underground Experimental Music" (Buh Records, 2019).TRACK LISTSIDE AA (15:40)SIDE BB (19:04)