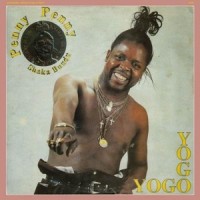 There's much more to the story of South African star Penny Penny than his mid-Nineties hit debut album Shaka Bundu, which was a continental smash. 1996 follow-up Yogo Yogo represented personal, political and artistic growth from that exuberant debut, and it now gets a much/deserved vinyl re-issue.

Doves
The Lord Is My Shepherd