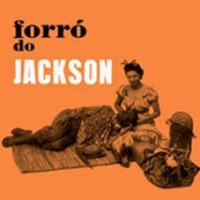 Do Pandeiro, Jackson
Forro Do Jackson

Percussionist and singer Jackson Do Pandeiro, 'The King of Rhythm', has been often described as a very influential musician and a key figure in Northeastern Brazilian Music. 'Forro Do Jackson' originally released in 1958 on Copacabana Records stands as one of his most representative and successful recordings. A highly infectious mix of exuberant, energetic roots/music based on a wave of inventive syncopations between vocals and percussion, melody, and rhythm.