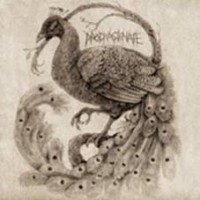 Procrastinate was formed in 2013 at Karditsa, Greece. At first, it was a project of two people in need to express themselves through extreme music and put out their ideas and beliefs. Later things got more serious and we became a five/piece and highly active group. We place ourselves among the DIY hardcore punk scene and perform only in autonomous spaces and squats which promote an anti/authoritarian, anti/racist, anti/sexist and self/organized way of life. Our lyrics draw inspiration from everyday life issues, social & political crisis, personal situations and ethics. We-ve been described as metallic hardcore, crust/grind, crust punk, hardcore punk, but we-re not that into genres. For fans of Ekkaia, Tragedy, From Ashes Rise.

Come Back From The Dead
The Coffin Earth's Entrails