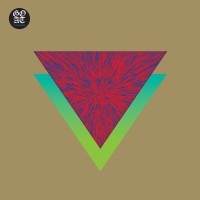 A limited edition re-release on red and silver swirl vinyl with new artwork for Commune, the sophomore record from the enigmatic Goat. Originally released in late 2014, it was the album that broke the masked psychedelic band to a much wider audience, combining heavy riffing with polyrhythms sourced from musical styles across the globe.

Titan
A Raining Sun Of Light And Love...