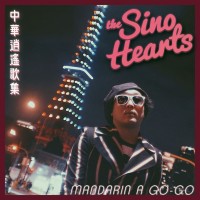 The Sino Hearts are a fabulous '70s punk powerpop/garage band based in in Peking, China. After releasing their debut album 'Leave The World Behind' they went on tour, sharing the stage with bands like Radio Birdman and Superspazz to name a few.Their second album 'Mandarin A Go-Go' was recorded and produced in Austria, and it contains ten songs, musically inspired by '60s garage, '70s punk and powerpop and neo-mod.

Robots, Les
The Sound Of The Middle East

Moonrite
Let Me Be Your God

Martin Savage And The Jiggerz
Between The Lines