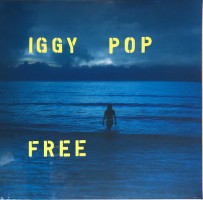 Living legend Iggy Pop has been dogged by insecurity all his life. The process of making and touring his last album, 2016's 'Post Pop Depression', helped him with this. He wanted to feel free, so he allowed that feeling to take over, and 'Free', his 19th solo album, developed from there. It is different in tone to its predecessor, finding Iggy in a pensive and solemn mood.

Diamond Dogs
Honked All Over Again