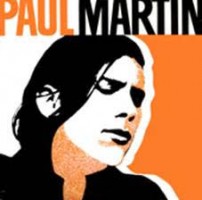 Garage anthems, jangly folk-rock and baroque pop from 1966-'67, courtesy of prolific songwriter Paul Myerberg a.k.a. Paul Martin from NYC. In the late '90s Distortions Records released a wonderful LP of Paul's recordings. It was a compilation of tracks from his two sought-after singles, plus studio demos and acetates.