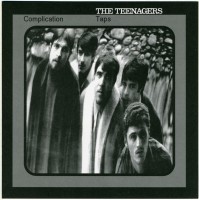 Here's a limited edition 50th anniversary collectors reissue of a rare beat/garage gem from Switzerland, originally datin g back to 1967! The A-side is a killer cut featuring Marco Zappa on lead guitar and with a cool (Vox Continental) organ sound, while the flip contains a fantastic instrumental. Original copies are more or less impossible to find, as only some 300 copies were pressed back in the day! This official reissue comes with superb sound quality (that sounds even slightly better than the original) and with a photo packed 8-page booklet including detailed liner notes.

Various
Monsters Of The Midwest Vol.4

Gay Intruders, The
In The Race/it's Not Today