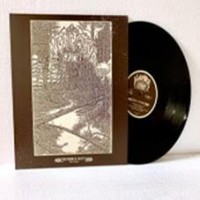 Released in conjunction with the vinyl reissue of their other demo, "To live.. in this world of chaos", "Evil-ution" (1994) was the debut recording of this all-female Death Metal horde from Montreal, Canada, founded in 1993. 7 songs plus outro of the most putrid, sickening Death Metal you can picture in your mind. They quote influences like Grave, Bolt Thrower, Immolation, Autopsy, Demigod, Incantation, but on this demo they also tend to lean towards grinding territories or slow down to the most anguished bowel-stenching Doom obscurity.

November Grief
To Live...in This World Of Chaos

Death Metal (documentary)
Are We Watching You Die?