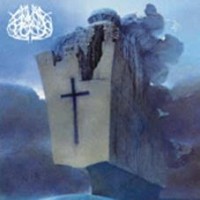 Formed in 2008, FUIL NA SEANCHOILLE is a black metal entity hailing from Ireland, helmed by mainman Satyrign, whose experience in the international hardcore-punk underground is incredibly prolific. Two demos resulted those first two years, which would later be released together on vinyl by ME SACO UN OJO in 2012. Completely DIY, FUIL NA SEANCHOILLE's first two demos were remarkably developed, evincing a psychedelic bestiality that ravaged the body and bent the mind in equal measure. In 2011 came the band's debut album, Hunger, first released on cassette by Tour de Garde and then on vinyl by ME SACO UN OJO. Expanding on the demos' firm & filthy foundation, here Satyrign explored a unique "complex simplicity," entrancing the listener with a strangely alluring sort of grime.

Nocturnal Breed
The Tools Of The Trade