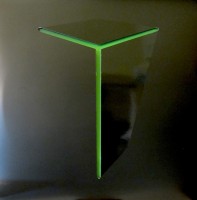 Techno figurehead Richie Hawtin releases his first album under his much-adored Plastikman guise since 2003. If you need a reminder, Plastikman was responsible for two of the definitive 1990s minimal techno records in the shape of 1993's -Sheet One- and 1994's -Musik-, but has been on the back burner as a recording project since 2010's -Slinky- 12". -Ex- was recorded live at the Guggenheim Museum in New York last year at the invitation of of Belgian fashion designer Raf Simons. Performed around a specially constructed LED obelisk, the gig saw the M?nus boss draw from a selection of new material created for the one/off event.