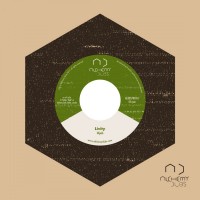 On the A side we find the track "Livity" written and produced by Ojah who has played the melodica on this one as well. It was first recorded as a dubplate in 2013 but the recording itself was a bit rough, and since a few of the Alchemy Dubs team's members where insisting on putting it out as part of the Melodica Trilogy, the melodica was re-recorded again in 2016 (as well as some of the percussion) and the track was given a new mix and new dubs.On the B side we find a very stripped-down dub version that breaks the original structure and brings to the foreground elements that were part of the background before, and that features heavy manipulation of the analog fx, performed and executed live in one take by Ojah at Alchemy Dubs Studio.