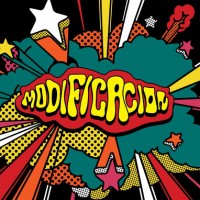 This LP brings together for the first time all the songs comprised in the three singles published by Valencia'scult band Modificación in the early 70s as well as the remaining unreleased recordings from the samesessions, crafted under the influence of bands like Grand Funk Railroad, Iron Butterfly, Vanilla Fudge, Rare Earth, Led Zeppelin.Includes the legendary freakbeat number "Across the Time", that has found its rightful place, over the years,as one of the most admired and sought-after Spanish singles from that period.This is an accomplished portrait of one of the most legendary Spanish underground bands from those yearswhose fans, unable to find the elusive -and now very expensive- records, were crying out for an urgent reissue of their work.Extensive liner notes by the renowned specialist Vicente Fabuel and previously unseen pictures have beenincluded here, rounding off the release. The artwork featured on the cover is based on iconic graphic elements taken from promotional printed ephemera used by Modificación during those years.TRACKLISTSide 11. Across the time2. Debo de conseguirlo3. El tren me acerca hasta tu hogar4. I Say Hey, Hey, Hey5. PeregrinoSide 21. Annelie2. Gritemos Hey, Hey, Hey3. Te espero4. Llegará el día que me quieras5. Regreso a la ciudad