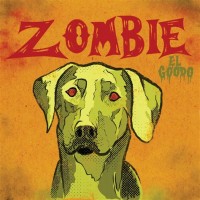 Back in stock! Welsh band El Goodo take their name from a Big Star song and have been putting out some fab harmony-laiden, folk-pop/country-rock-psych type stuff - pretty much under the radar - for the past 20 years. Zombie is the band's fourth album, named after the late dog belonging to producer Tim Lewis (you may know him as Julian Cope collaborator Thighpaulsandra) What was intended to be a double album became a tight set of 13 songs and a high quality, all-killer, no filler-type single album. Welcome to the world of one of Wales' best kept secrets.