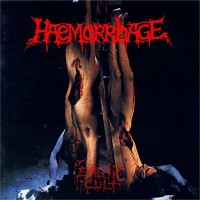 25th anniversary special edition. Reissue of the first lp of this veteran band from Madrid. Originally released in 1995 on the German Morbid Records label, 'Emetic Cult' was a classic goregrind record. Inside you'll find Carcass heritage and its devastating primitive death / grind. For this new edition the sound has been remastered and included a double insert with biographical data, flyers and photos. Surrender to one of the most important albums of extreme music made in Spain.