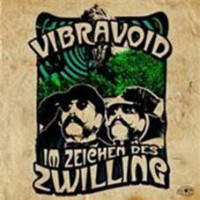 Vibravoid and film that sounds logical / because the visual aspect has always been an important part of the vibravoid art. Deeply rooted in the light art tradition of his hometown, the doctor is now presenting his first feature film 'In the Sign of the Twin'. The mysterious events in a Victorian dream world beyond metaphysics are so impressively and skilfully implemented that it is surprising that this is not just a first work, but also a production without a budget. Even more, from screenplay, camera, editing to directing, the doctor is responsible, who plays all roles himself, composed the soundtrack and has to speak of an artistic genius! Surprisingly, the doctor refers to the expressionist silent film by Robert Wiene or Fritz Lang with significant influences by the film artist Karel Zeman and thus creates a completely new form of expression and film language of modern psychedelic cinema in 2019. The film impresses both with real film sequences and through Collage animations. It is entirely in sepia and particularly visualizes the atmosphere of the late 19th century. The atmospheric density and narrative power of 'In the Sign of the Twin' swallow the viewer completely and enable them to immerse themselves in the wonder world of the subconscious. In addition to the grandiose optical implementation, the soundtrack also plays an equally important role - somewhere between jazz, noise and musique concrete, a perfect sound universe opens up that transcends the limits of reality and opens the gates of perception wide. 'In the Sign of the Twin - Above and Beyond Time' is new film art from Düsseldorf

Vibravoid
Vibrations From The Cosmic Void