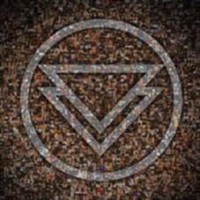 Los Angeles based outfit with their fifth studio album. The self/titled album is a true triumph over adversity. The band was involved in a shocking road collision one tragic night in November 2015< a truck crashed into the band-s tour bus near El Paso, Texas, killing both the bus driver and truck driver as well as leaving vocalist Jonathan Vigil, guitarist Zach Johnson, and drummer Andrew Tkaczyk in critical condition. Tkaczyk was in a coma for 10 days and eventually lost his right leg. Pure metalcore!