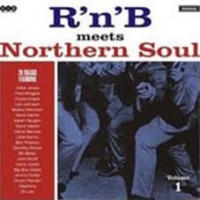 BACK IN PRINT! Throughout 40 years of Northern Soul history there has always been dancing on side shows. Some styles however, although being the constitutional basis for Motown sound and later on Northern Soul, nearly were proscribed. But in recent years early '60s RnB was celebrating its resurrection, which can be traced to London's present 60s music scene. From the beginning of the millennium, there are 'new' sounds from Northern Soul-s parallel universes and outskirts to be heard in legendary clubs such as the 100 Club in Oxford Street> Hammond Instrumentals, Blues, even '50s RnB... -Volume 1- of this compilation assembles 19 gems of the early '60s. These are the very roots of Northern Soul!