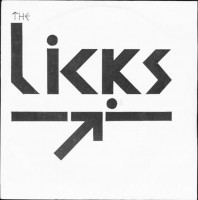 Formed in 1978 in Bishop Stortford the band decided to call themselves The Epileptics following a suggestion from one of their mothers.In August 1978 Crass played in Bishop Stortford and a long lasting friendship was established.Complaints of i'll-conceited jocularity' from The British Epilepsy Association resulted in a name change to Epi-x, then changed to The Licks under pressure from Stortbeat who in 1979 released the band's debut single, much played by John Peel.The band changed their name back to The Epileptics, more releases followed, then in early 1980 the nucleus of The Epileptics re-emerged as Flux Of Pink Indians.When Flux Of Pink Indians released Neu Smell in the summer of 1981 it did so well, Stortbeat decided that they were going to re-release 1970's. The band were in Southern and complained about this to Penny Rimbaud. He suggested that they re-record it and played drums on these versions, released in the autumn of 1981 on Spiderleg Records.This reissue of 500 copies reproduces the original artwork and labels as closely as possible and is on white vinyl.

Last Rites
This Is The Reaction