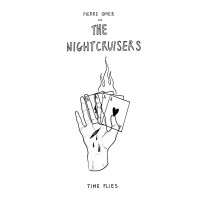 Singer songwriter and multi/instrumentalist Pierre Omer has been a founder member of the legendary swiss funeral rock band The Dead Brothers. He then started working under his own name releasing three albums on his own label, Radiogram Records. And here comes Pierre Omer and The Nightcruisers first album, Time Flies, out on Beast Records! Pierre Omer and The Nightcruisers music digs up american and europeen roots from folk to blues and from country to gypsy swing and jive in a rough and electric way.