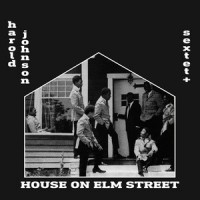 Los Angeles/based child prodigy Harold Johnson began playing piano in church when he was five years old. He began receiving private piano lessons that same year and went on to study string instruments at elementary school and guitar and double bass while in middle school, so by the time he began attending high school, he had the musical skill of a far older professional. Forming a group with other likeminded student peers, The Harold Johnson Sextet signed to Harry Mitchell's HME label to release a debut album, House On Elm Street, which would later be reissued by MCA subsidiary, Revue. Featuring future Gladys Knight drummer Ronald Rutledge, percussionist Billy Jackson and flutist David Crawford, who would later be musical arranger for Patti Labelle, the album mixed Johnson's intense originals with a rousing piano take of Bobby Hebb's "Sunny" and an instrumental rendition of the theme song from Alfie. Johnson later drafted Ndugu Chancler into the group and after signing with Motown in 1970, he worked with Diana Ross, The Temptations and countless others< in 2016, he reformed the Sextet to visit House On Elm Street for its 40 th anniversary.