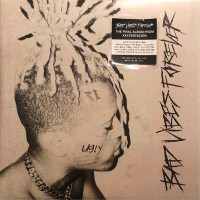 2xLP, 1 piece black, 1 piece bone. Gatefold with 12 page booklet.THE VOICE OF A GENERATION. Once a generation, an artist comes along that impacts culture, society, and music /for this generation, that artist is XXXTENTACION. A powerful force whose light was turned off tragically too short when he was shot last year. Before his passing, he had two albums he was working on< the first was SKINS which was released last year around this time, and the second is Bad Vibes Forever. This will be the last full body of work from the late artist who was able to elegantly manuever through genres in his music. The album has heavy indie-pop, punk, metal, and rap influences and truly shows the scope of his talent that was cut too short. The album is sure to cement XXXTENTACION place as the artist of his generation.

Fat Tony And Taydex
Wake Up