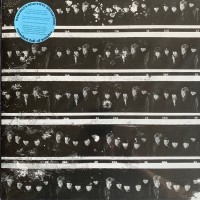 Hangman's Beautiful Daughters were described at the time as like a cross between The Jefferson Airplane, MC5 and The Velvet Underground. Touring regularly across the UK and mainland Europe, they released the EP And Love is Blue, the singles They Fell for Words like Love and Darkside, plus the album Trash Mantra. All of these recordings were also repackaged and released in Germany and the US. A major retrospective of late 80s psychedelic garage rockers Hangman's Beautiful Daughters. Includes two previously unreleased tracks. The album comes with a deluxe 12 page booklet, featuring never/ seen before photos and a history of the band written by Jowe Head, of Television Personalities and Swell Maps fame.

Gentlemen's Agreements
Shake It Out