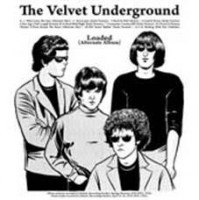 Released in 1970, "Loaded" was the fourth studio album by the legendary Velvets and the last one with Lou Reed and Sterling Morrison on board. It was their more straightforward rock and roll effort to date and it's always been surrounded by controversy, mainly since it was created at an extremely critical and difficult time for the band. Presented here are demos, early version, outtakes and alternate mixes that helped shape "Loaded", giving a wider view and understanding of this amazing masterpiece. No Velvets fan collection is complete without this incredible set of songs. Only 300 copies.Side A*Who Loves The Sun (Alternate Mix)*Sweet Jane (Early Version)*Rock & Roll (Demo)*Cool It Down (Early Version)*New Age (Full-Length Version)Side B*Head Held High (Early Version)*Lonesome Cowboy Bill (Early Version)*I Found A Reason (Demo)*Train Round The Bend (Alternate Mix)*Oh! Sweet Nuthin- (Early Version)*I'm Sticking With You (Outtake)

Velvet Underground
Live At The End Of Cole Avenue, Dallas, 1969