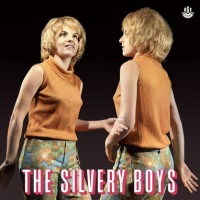 At the end of the 60s, the sound of the garage beat and the bossa nova and samba coexisted smoothly in the repertoire of a good number of Brazilian bands. You could find playful farfisa licks and guitar riffs combined with moving bossa rhythm drum patterns and powerful brass arrangements, groovy club tunes next to lounge mood sounds, across the tracklist of so many albums released at the time. That is exactly what the second album of The Silvery Boys (1968) comprises.It includes many original compositions as well as versions of international hits, however, "Você Balanca Meu Coracao" - composed by José Messias - is the stand-out cut here and has become a much sought-after Brazilian club tune among DJs. A dance song so irresistible that alone makes the search for this elusive Brazilian album worthwhile.Reissued on vinyl for the first time in its original artwork and quality 180g pressing.TRACKLISTSide AA1. Vou Lhe PisarA2. Você Balanca Meu CoracaoA3. Amor AmargoA4. A Menina Que Se FoiA5. A RecordarA6. A ConfusaoSide BB1. Meu Coracao Nâo É AlgemaB2. Minha SaudadeB3. TempestadeB4. O TremB5. Carrossel Da VidaB6. O Amanhecer

Mockers, Los
Do It Again!

Evil
From A Curbstone/short Life