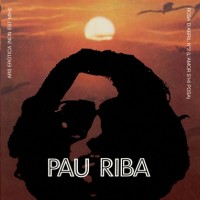 As a follow-up to our previous work reissuing the recordings of Pau Riba, key figure in Catalonia's counter-culture and music scene, Munster presents "Ars Erótica", one of his most sought-after singles, in the 50th anniversary of its original release.It includes alternative edits of two songs included on his classic album Dioptria/1, great examples of hispsychedelic folk-rock style at the time that also picture the chilled-out vibe at the studio where Riba was backed by the band Om and some guest friends.TRACKLISTSide AArs Eròtica (Non est mihi)Side BRosa d'abril n 2 (l'amor s'hi posa)

King Crimson
In The Court Of The Crimson King (remixed)