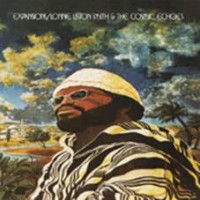 Lonnie's 1975 jazz-funk masterpiece is released on 180g black vinyl in a nice thick card gatefold sleeve.Former Miles Davis and Pharoah Sanders keyboardist Lonnie Liston Smith saw all his musical ideas coming together for this, his third album. The title track is one of the best-known jazz funk classics< its influence on several generations of clubbers cannot be underestimated. It is a glorious amalgamation of jazz players and the tenor voice of Lonnie's brother Donald. However, the track's success has resulted in the album becoming rather overlooked and its other six pieces underappreciated.