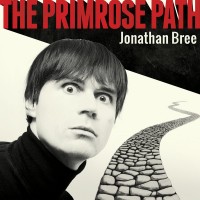 Jonathan Bree is a singer/songwriter and producer in New Zealand, best known for his work as a solo artist, as well as co-founding the indie pop group The Brunettes in 1998 and Lil' Chief Records in 2002. He frequently collaborates with label-mates as a musician, engineer, and record producer. Jonathan wrote and produced 4 albums and 4 EPs for The Brunettes, driving himself mad over the course of their ten year career trying to achieve the sonic standards of his 1960's heroes of 4 track recording, George Martin and Brian Wilson. Jonathan Bree released his first solo album 'The Primrose Path' in New Zealand in 2013. The album drew much critical praise and was a finalist in the 'Taite Prize' - a respected arts award named after the late journalist Dylan Taite.