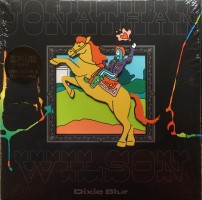 Jonathan Wilson follows his hugely critically aclaimed 2018 album 'Rare Birds' with 'Dixie Blur', a far more intimate collection of songs that were written in response to isolation and loneliness. Although Wilson usually crafts recordings alone in his LA studio, on his seventh solo record he recorded and cut the entire LP with a Nashville session band in just six days. Expect unbridled emotion and plenty of fiddle.

Death And Vanilla
The Tenant

Dinosaur Jr
Give A Glipmse Of What Yer Not