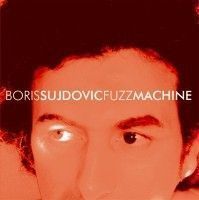 6 NEW TRACKS FROM ONE TIME SCIENTIST, BORIS SUJDOVIC."Crazy world this. Boris Sujdovic, former bass player for The Scientists, Beasts of Bourbon and the Dubrovniks, has just released a new album, Fuzz Machine. Funny thing is, it's got no bass on it. But don't think it's lacking any thrust. It's psychotic, unsophisticated garage fuzz at it's most primal, as wild and primitive as anything you've ever heard. 100% Ron Asheton sound!!!

Losin Streaks
This Band Will Self-destruct In T-minus

Various
A Record To Ruin Any Party. Vol.3