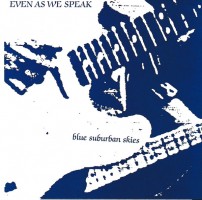 The second single from long-running Sydney-based indie band Even As We Speak in late 1987, 'Blue Suburban Skies' became better known when bundled up with the 'Goes So Slow' single in 1990 to make a five-track EP on the famous Sarah Records. The original recording, with a cover of New Order's 'Bizarre Love Triangle' on the reverse, now gets a 7" single reissue via the Optic Sevens series. Limited. Colour Vinyl. Includes postcard and poster

House Of Love
Shine On