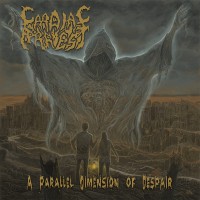 The highly anticipated 6th album from these U.S. Death Metal stalwarts. The band's been consistently getting heavier and more vile with every album they spat out via previous labels such as Razorback Recordings and Ibex Moon Records, honoring timeless Death Metal of the most grinding and putrid ilk with genuineness and a no-nonsense approach, yet adding enough personality to be in a forever-rotting league of their very own. With suitably haunting cover art courtesy of Juanjo Castellano and mastering by Javier Felez at Moontower Studios, "A Parallel Dimension of Despair" proves old age doesn't soften the diehard one bit - it just kicks them into Cardiac Arrest!