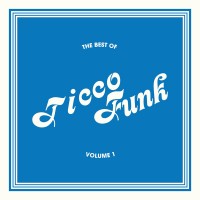 Possibly the best thing a compilation can do is open the door to a world of music that aside from being unknown to you, is high grade in quality, diverse and open to interpretation in as much as you are left with some if not many questions... particularly when the selected tracks are all from the same record label... When did they start? Why did they start? Who was behind it? Where did the artists come from? What was their inspiration? These are only a few... by the time you get to the end of the eight tracks included on Jicco Funk Volume One. there may be more. Some background or at least as much as we know> in the early 1970s thru to the 90s, Onitcha was one of Nigeria- most important cities sat on the banks of the river Niger about half way between Benin City and Enugu. Aside from the commerce Onitcha was also an important centre for music production, live music thrived and in turn the city had a nightlife which embraced music... it's where labels like Tabansi and many other smaller companies had their headquarters. Its where in the late 60's, the label Jicco was established , an enterprise which would commercialize Kenyan and Congolese music in Nigeria. By the mid to late 70's Jicco opened itself to new projects, launching a number of sub-labels, from Vox Africa to Guy , more specialized in Highlife , Native and Soukous Music to Jicco Funk which was producing small local groups playing Reggae , Rock and Funk.TracklistA1 Jah Children / Givin Love To Your Fellow MenA2 The Combats / Rock onA3 Black gold / I want youA4 Freedom Family / Africa My FatherB1 The Combats / Let's get togetherB2 The Sea/Men International / Satan don come acrossB3 Felix Lebarty / Port harcourt girlsB4 Jimmy Sky / World need peace