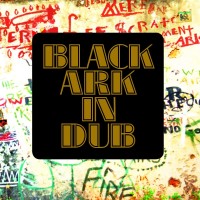 "Black Ark In Dub" is another piece of Lee "Scratch" Perry's limitless musical puzzle. Originally released in 1980 the hard to find "Black Ark In Dub" remains a frozen sonic timepiece, captured at the beginning of the end of one era and poised at the start of another. This re-mastered LP release has a bedrock of deep rhythms recorded at the Black Ark studio just before its demise, including bass heavy and spooky dub deconstructions of "Ethiopia", "Lion A De Winner", "Open The Gate", "Guideline" and "Mr Money Man", along with an embellished dub version of Ras Keatus "I Dreadlocks I", the much sought after "Guidance", a longime Jah Shaka killer exclusive to this set and the opening track "Jah" (the dub version to Lackley Castell's "Jah Love Is Sweeter"). The music by the Black Ark Players (aka The Upsetters) was mixed by Lee Perry and co-produced by Pauline Morrison & Lee Perry. The album comes in a great picture sleeve showcasing exclusive photography detailing original wall art from the Black Ark studio, plus printed inner sleeve with liner notes by David Katz.