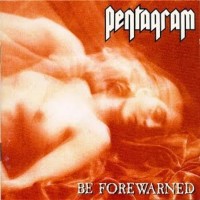 'Be Forewarned' was a classic follow-up of heavy metal & doom-fuelled riffing combined with dark lyrics from the ever enigmatic frontman Bobby Liebling. It was originally released in 1994, & included some of the band's strongest material to date, with a portion of the featured tracks originally conceived back in the 1970's

Vulture
Victim To The Blame