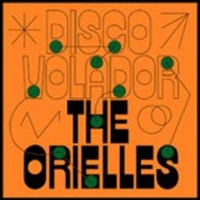 Written and recorded in double-quick time to strike while the iron's still hot following the success of last year's debut 'Silver Dollar Moment', The Orielles return with their sophomore album. Inspired by their time on the road, Disco Volador benefits from the addition of a fourth member on keyboards and the drones and delays brought to the mix by producer Marta Salogni. It should be another triumph for a band who've marked themselves out as one of the country's finest newcomers.

Mountain Goats
In The League With Dragons (2lp)

Fortuna Pop! All-stars
You Can Hide Your Love Forever