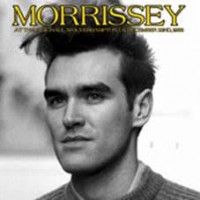 This is the first EVER solo concert of Morrissey after the announcement of The Smiths break up. The set-list featured a mix of Morrissey songs with Smiths tracks from 1987, so none of it had been performed in front of a live audience before. Broadcast for public radio, this is a legendary recording from an historical show. Tracklist>Stop Me If You Think You've Heard This One BeforeDisappointedInteresting DrugSuedeheadThe Last Of The Famous International PlayboysSister I'm A PoetDeath At One's ElbowSweet And Tender Hooligan