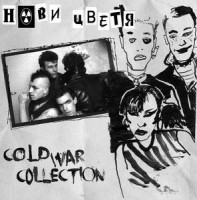 First installment of the eastern bloc series.A Collection of tracks from one of the first bulgarian punk bands 79-95,Punk didn't have it easy in ocialist' Bulgaria, a country in which all aggressive rock music was suppressed. This didn't keep Novi Cvetya ("New Flowers") from playing it as early as 1979. Based in Kyustendi, a medium sized town close to the Serbian border, the lads benefited from being able to listen to punk rock on Yugoslav radio. Maybe that is why their sound more strongly resembled late 70s Yugo-punk bands such as Paraf and Pankrti than anything British or American. Novi Cvetya's songs are simple and have a typically Balkanese tongue-in-cheek feel and sense of the absurd. Only 300 copies!

Muletrain
The Worst Is Yet To Come