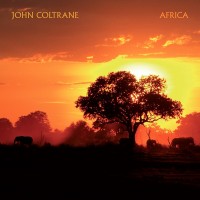 Recorded on June 24 1958 at the Van Gelder Studio in Hackensack, NJ, these sessions (except for the bonus, "Once In A While") feature original compositions by Wilbur Harden (best known for his work with Yusef Lateef and John Coltrane) and hard-bop trombonist Curtis Fuller (best known for his work with Art Blakey's Jazz Messengers and appearance on the classic Blue Trane album).The 32 year old John Coltrane had only just recorded Blue Train a year earlier and it is interesting to hear his style beginning to stretch out, as he makes his musical transition from strict hard bop to the groundbreaking style that would become legendary the following year on Giant Steps, making Coltrane one of the biggest names in jazz.