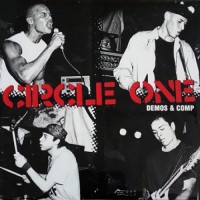 Furious and raw Hardcore from one of the most infamous and legendary bands to emerge from Southern California. Circle One was formed in Pico Rivera, California in 1980, from the start they brought it 'full throttle', playing with all the cool bands like Black Flag,Wasted Youth,Circle Jerks and Bad Brains.. They made a name for themselves with their impassioned lyrics about teen angst and alienation and with the larger than life presence of lead singer John Macies they quickly became favorites of the younger crowd.This LP from Puke n Vomit Records rounds up their sought after pre-Pattern Of Force demos from 1980 and 1981 along with rare comp tracks, officially available for the first time on vinyl.

D.o.a.
Don't Turn Your Back- The John Peel Session